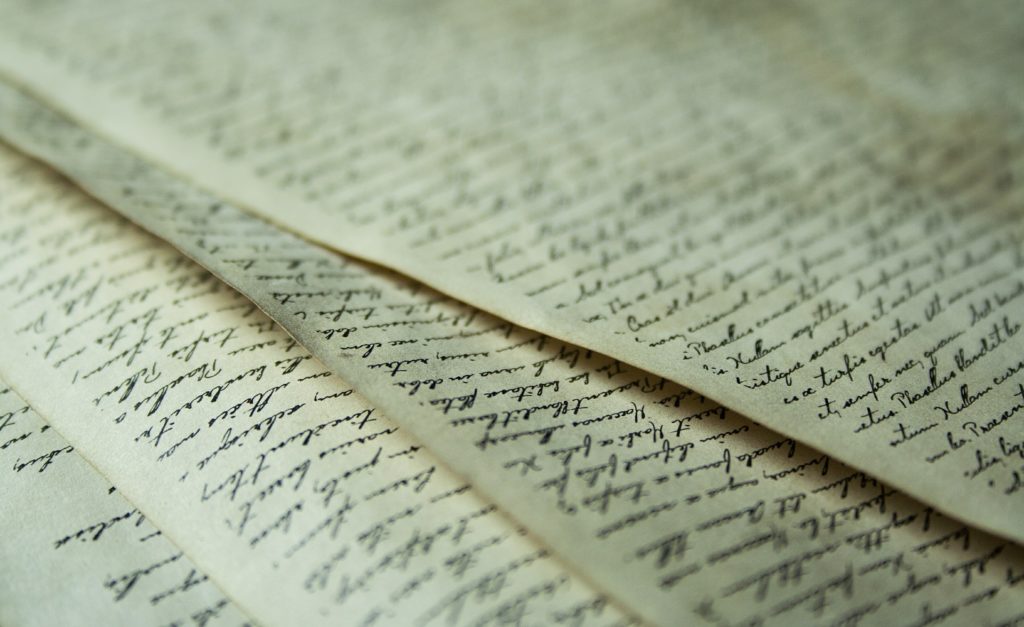 The new poetic manuscript found in the book belonged to the mother of the Brontës contains seventy-two iambic pentameter verses. Charlotte wrote them using a pencil, and in a small letters handwriting. The fact that there are several erasure marks and corrections in the text makes it clear that Charlotte was still editing it when the text had been put into the book. Subject and setting refer to the tale from Angria called Zamorna’s Exile, composed by Charlotte in 1836. Chronologically we could place it at the time in the saga when its main character is sent away from his land by his enemy Northangrland, father of his beloved wife Mary.

Zamorna, philanderer and adulterer, is fatally attracted by Mary, even if he doesn’t show. In previous tales he made Mary, doubtful and having a deep crisis about her fidelity, kneel at his feet.

In this very text Zamorna, seeing her beloved Mary at a distance at a party, declares himself totally devoted to her  for the first time ever. She looks regal and beautiful, and he compares her to fairies- Shakespeare’s Titania she was in that moment, while he was Oberon. In Sarah E. Maier’s words, as we can read them in her amazing article, these two manuscripts- the one in prose and this one too- are two very precious “fragments of glass”.

Their lucky finding lets us see a different dimension of Angria when analyzing it, and also gives us the chance to open a new window on the imaginary world of young Charlotte Brontë.

Have you already read about the other manuscript? Don’t miss Readings: The First Discovered Manuscript (In Prose) and BS Publishing News: The Lost Manuscripts: these articles are both by Maddalena De Leo.