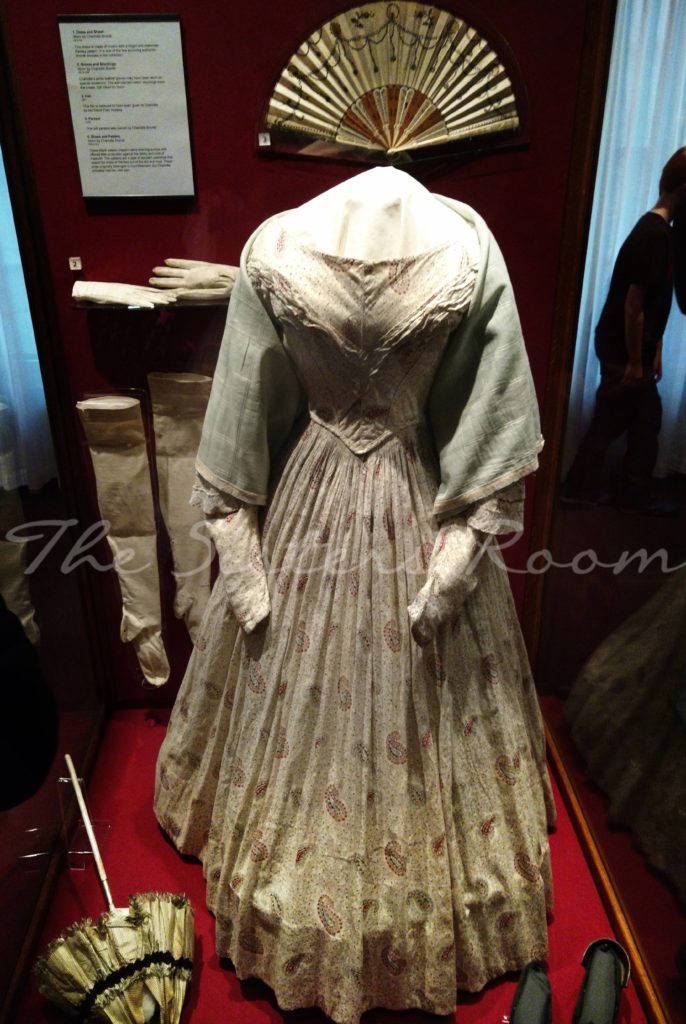 Charlotte Brontë’s room is located on the second floor, on the right of the children’s study. It is a bright, large room with a big window and a small f

Even though we refer to it as to “Charlotte’s room” it has been – at differen times – the bedroom of all the women of the family. When the Brontës moved to Haworth, in 1820, it was Maria and Patrick’s room. In that very room, poor Maria Branwell died only one year later, at the age of thirty-eight. When her sister Elizabeth moved to the Parsonage to help Patrick raise her sister’s four children, that room became the bedroom where she stayed together with her youngest niece, Anne. At her permanent return from Brussels, after Aunt Branwell’s death, Charlotte took over the room and shared it with one of her sisters. After Emily and Anne’s death, this room became Charlotte’s room, and the room she shared with her husband Arthur Bell Nicholls.

It’s in this very room that Charlotte died on this day, in 1855. The cause of her death was certified as tuberculosis; apparently she was also pregnant at the time of her illness, and the symptoms of pregnancy made her feel even more feeble. Arthur Bell Nicholls tenderly assisted her wife during the last days and never left her alone. Charlotte herself wrote to Ellen: “I want to give you an assurance which I know will comfort you — and that is I find in my husband the tenderest nurse, the kindest support — the best earthly comfort woman had. His patience never fails and it is tried by sad days and broken nights“.