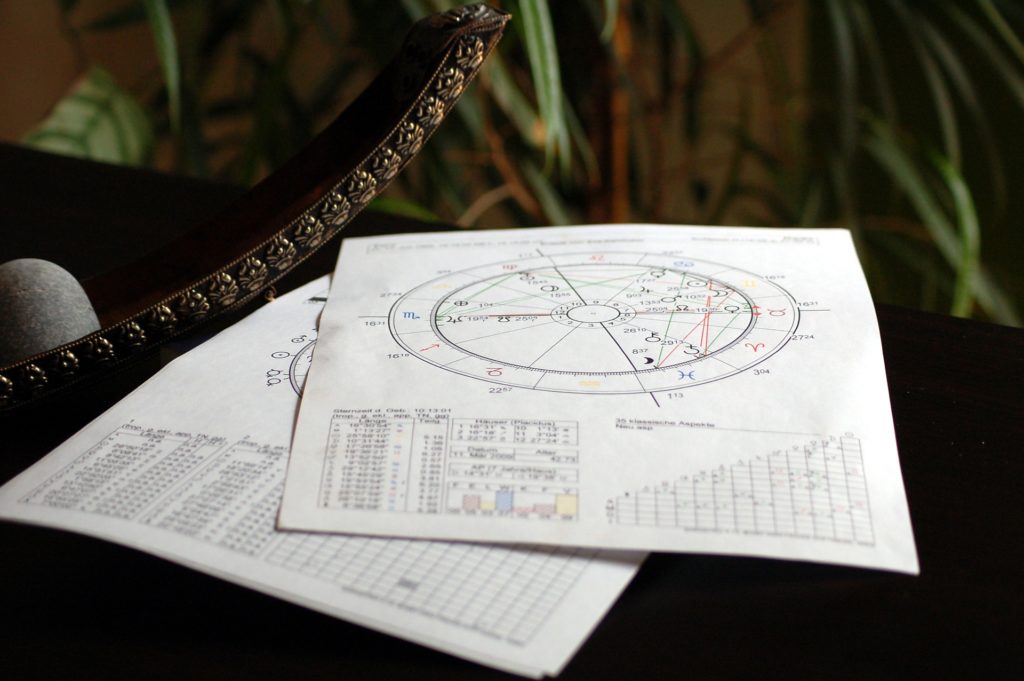 According to Iren Nooren1 Emily’s personality is essentially linked to her great novel, known for only a few decades in the Netherlands by the title Woeste Hoogten. It was widely criticized in England at the time of its publication and only understood and valued after almost a century – like Jesus.

Woeste Hoogten reveals an incredible attraction of Venus in Scorpio. The base data, that’s to say the Ascendant, the Sun and the Moon show a mysterious personality in its author. Pluto dominant in Pisces tells that Emily Brontë was an acute observer ready to escape her house and family. In the novel, for example, the recurring image of many open doors and windows is very important because they underline a desire to get away and strongly contrast the power of mind. In Woeste Hoogten all characters are unable to escape from beginning to end. The Sun is not present in any aspect but the Moon represents the main energy: it is a sowing moon telling us that in Emily’s times, society was not yet ready to acknowledge a novel like hers considering it violent and passionate.

This dominant Moon can also explain why so little was written about Emily Brontë during the 19th century. The Moon is also in opposition to Jupiter and behind Capricorn, so that by this way her subconscious emotions can surface the talent zone. The presence of Mercury in Leo 9 reveals an attitude to talk and write on death as a discussion topic and Mercury itself in triangle with Neptune and Uranus then in Sagittarius draws attention to a huge inspiration as to a new creative way of writing.

A further proof of Moon in Cancer are the characters without a mother in Woeste Hoogten. Surely Brontë conceived them as a consequence of her same orphaned condition. The heavy conjunction between Mars and Venus drives to a coincidence of extremes and of opposite natures as the novel is the story of two human beings, a man with an active role and a woman with a passive one but reciprocally dependent. It is still Mars/Venus conjunction to underline a wish for communication and a personal will. This makes Emily’s dependent energy (Mars in Venus) passive somehow (Venus). 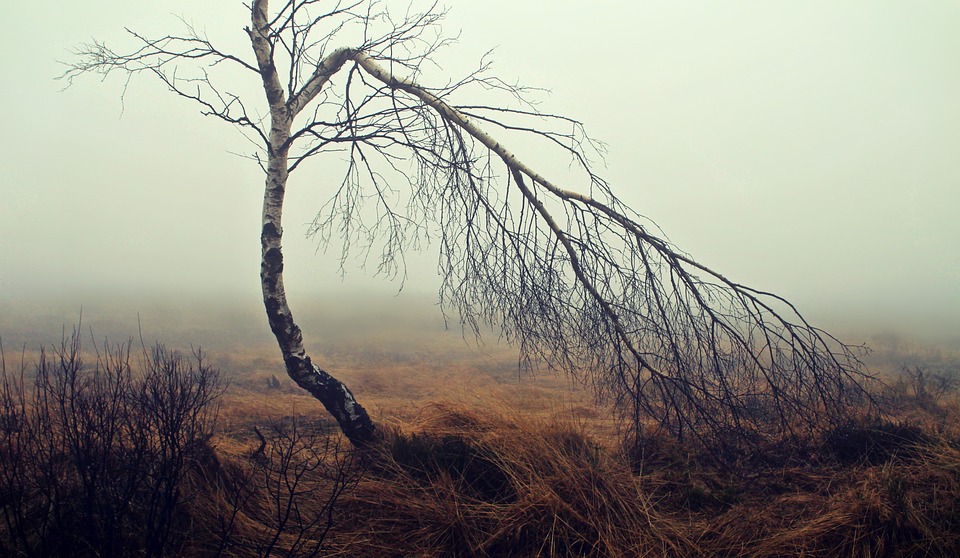 The reference scheme reveals an ill-balanced distribution of crosses. The mobile cross (with seven planets) points out an easily relaxing and suitable character while the main cross (with two planets and a personal Moon) draws attention to the great effort to start and take initiatives. The division of the elements is also ill-balanced and a lack of Air in the planets is evident. It means a want of human contacts on Emily’s part. It is still Mars/Venus conjunction to underline a wish for communication and a personal will. This makes Emily’s dependent energy (Mars in Venus) passive somehow (Venus).

Mars/Venus conjunction is in opposition to Saturn. This means a misunderstood stop to carry on initiatives and get in touch with someone. Emily’s situation at home didn’t persuade her to look for any more relations so that she could nourish her fantasies. Although no relationship with men is known, according to Nooren Emily might have met people who stirred up in her vivid emotions and passions such as those recalled in her characters. Maybe among these relationships there was the particular one with her sisters and brother (Pisces). Saturn explains why Emily wished to escape from her family although her fidelity to home. Maybe Emily refused to run away and wavered between two poles (Mars/Venus and Saturn). There is also a third element, Uranus in Sagittarius, underlining renewal and broadmindedness, two aspects peculiar to Emily and before her time. The presence of Pisces reveals fantasy and an escape in a world created by herself. Pluto dominant consents Emily own fantasy and inspiration, the real key in her life, but it is Neptune in Sagittarius to give her a great artistic talent and direct it toward subconscious.

The Northern node in Turus in the 6th House and Venus in Virgo in the 9th House tell that Emily had to learn to be concrete in real life.

In conclusion, according to Ms. Iren Nooren and given that the presence of Pluto in Neptune is recurring in any people born between 1810 and 1826 (the Romantics), in Emily’s horoscope some three main themes are to be considered, Transformation, Family and a Drive to frankly express her feelings.

Did you miss the first part of the article? Find out more about Iren Noreen here: An Horoscope In Dutch For Emily Brontë (first part)- An Article By Maddalena De Leo.