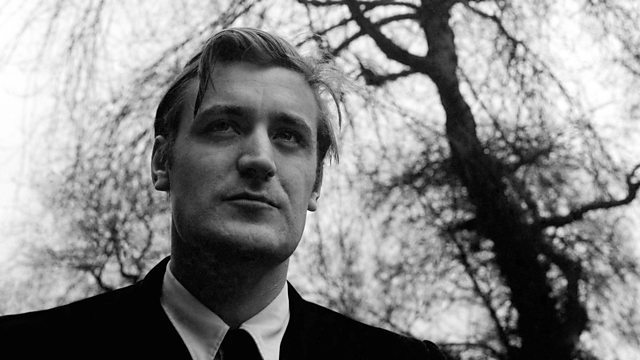 Walter was guide. His mother’s cousin
Inherited some Bronte soup dishes.
He felt sorry for them. Writers
Were pathetic people. Hiding from it
And making it up. But your transatlantic elation
Elated him. He effervesced
Like his rhubarb wine kept a bit too long:
A vintage of legends and gossip
About those poor lasses. Then,
After the Rectory, after the chaise longue
Where Emily died, and the midget hand-made books,
The elvish lacework, the dwarfish fairy-work shoes,
It was the track for Stanbury. That climb
A mile beyondexpectation, into
Emily’s private Eden. The moor
Lifted and opened its dark flower
For you too. That was satisfactory.
Wilder, maybe, than ever Emily knew it.
With wet feet and nothing on her head
She truged that climbing side towards friends
Porbably. Dark redoubt
On the skyline above. It was all
Novel and exhilarating to you.
The book becoming a map. Wuthering Heights
Withering into perspective. We got there
And it was all gaze. The open moor,
Gamma rays and decompsing starlight
Had repossessed it
With a kind of blackening smoulder. The centuries
Of door-bolted comfort finally amounted
To a forsaken quarry. The roofs’
Deadfall slabs were flaking, but mostly in place,
Beam and purlins softening. So hard
To imagine the life that had lit
Such a sodden, raw-stone cramp of refuge.
The floors were a rubble of stone and sheep droppings.
Doorframes, windowframes –
Gone to make picnickers’ fires or evaporated.
Only the stonework – black. The sky – blue.
And the moor-wind flickering.

The incomings.
The outgoings – how would you take up now
The clench of that struggle? The leakage
Of earnings off a few sickly bullocks
And a scatter of crazed sheep. Being cornered
Kept folk here. Was that crumble of wall
Remembering a try at a garden? Two trees
Planted for company, for a child to play under.
And to have something to stare at. Sycamores –
The girth and spread of valley twenty-year-olds.
They were probably ninety.

You breathed it all in
With jealous, emulous sniffings. Weren’t you
Twice as ambitious as Emily? Odd
To watch you, such a brisk pendant
Of your globe-circling aspirations.
Among those burned-out, worn-out remains
of failed efforts, failed hopes –
Iron beliefs, iron necessities,
Iron bondage, already
Crumbling back to the wild stone.

You perched
In one of the two trees
Just where the snapshot shows you.
Doing as Emily never did. You
Had all the liberties, having life.
The future had invested in you –
As you might say of a jewel
So brilliantly faceted, refracting
Every tint, where Emily had stared
Like a dying prisoner.
And a poem unfurled from you
Like a loose frond of hair from your nape
To be clipped and kept in a book. What would stern
Dour Emily have made of your frisky glances
And your huge hope? Your huge
Mortgage of hope. The moor-wind
Came with its empty eyes to look at you.
And the clouds gazed sidelong, going elsewhere,
The heath-grass, fidgeting in its fever,
Took idiot notice of you. And the stone,
Reaching to touch your hand, found you real
And warm, and lucent, like that earlier one.
And maybe a ghost, trying to hear your words,
Peered from the broken mullions
And was stilled. Or was suddenly aflame
With the scorch of doubled envy. Only
Gradually quenched in understanding.