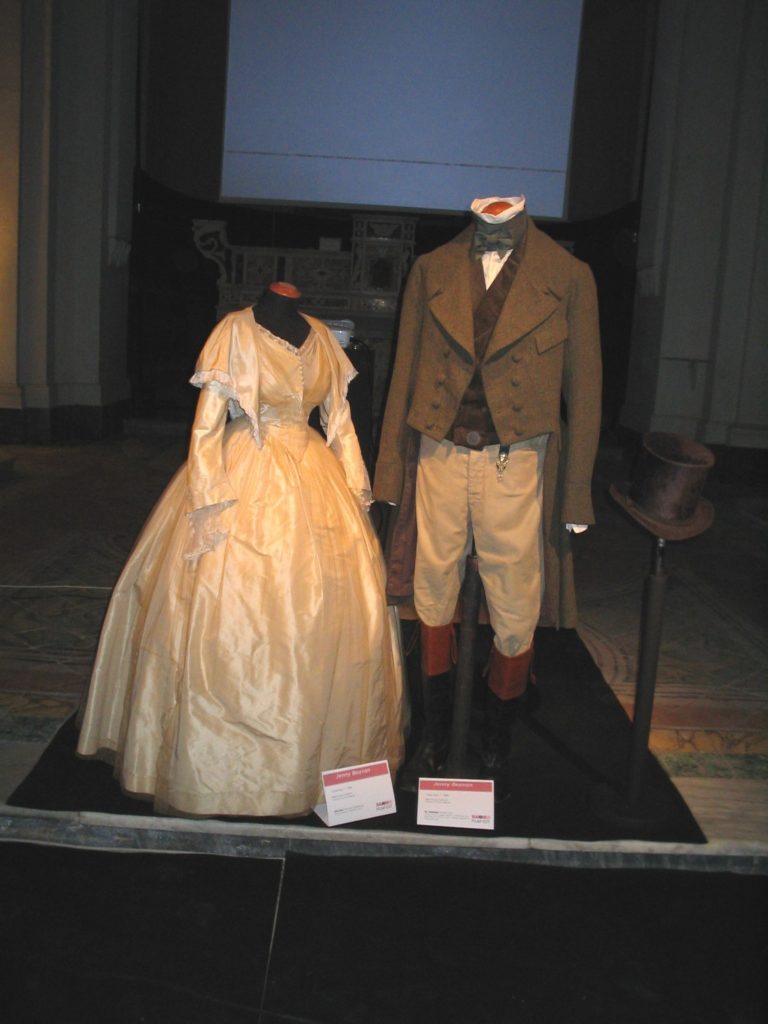 Sant’ Agata dei Goti is a charming medieval village in Campania, a region of Southern Italy where the Sannio Film Festival is held every year in July.

It is the only European festival entirely dedicated to costume films and this year on Thursday 6th July 2006 it payed a particular homage to Jenny Beavan, one of the greatest costume designers of the world and the creator of costumes for films like Gosford Park, Sense and Sensibility, Howard’s End, Alexander and in particular Zeffirelli’s Jane Eyre.

Jane and Rochester’s wedding dresses were on show along with all the others in a splendid exhibition in a church dedicated to Saint Francis.
Since Sant’Agata dei Goti is a three hundred kilometres drive from where I live, as a representative of the Brontë Society as well as the Italian member of the editorial board of Brontë Studies, on the fixed day I hurried there to meet the famous Oscar winning lady and to congratulate her for her Brontë-related work.
The organisers of the Sannio Film Festival on their part had already planned to give her a special award for her career and to project Zeffirelli’s film on to a large screen in the afternoon while I was waiting Ms. Beavan’s arrival, so I enjoyed watching it on the Mustilli holiday farm. Ms. Beavan was then welcomed in a little square in the crowded centre of Sant’Agata. She was led from there to her costumes exhibition.
A friendly and talkative lady, Jenny walked all the way with some other film directors and costume designers (notably the one for Oliver Twist) and was very much photographed.

I had the opportunity to take some photos and have a chat with her and of course I asked about her work for Jane Eyre.

She told me she had realized all of it in only six weeks and on location during the film making, this being always her work technique. In any case she usually keeps all ideas in her mind, writing just a few notes on a scrap of paper on the director’s directions and tastes. Then I asked Jenny if she already knew Mr Zeffirelli at the time and she answered that she didn’t, he had simply phoned her after examining her previous work.
The evening in Sant’Agata dei Goti was for me a wonderful occasion to meet once more a gifted and sensitive woman but also the best way to let the Brontë Society be known to her and to the Italian people present there.