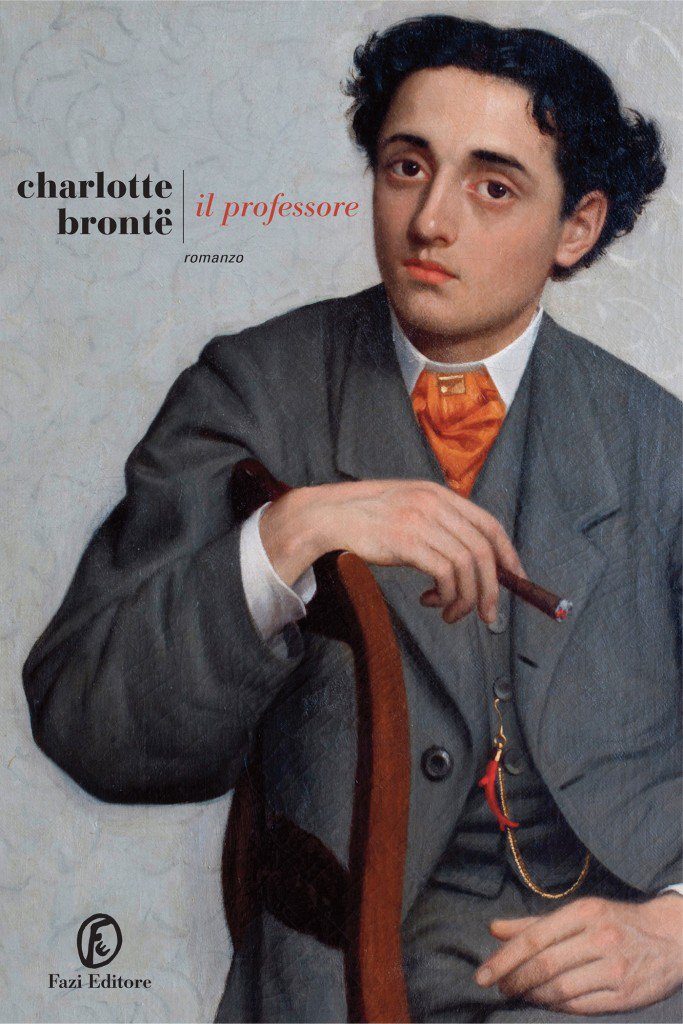 Thanks to our collaboration with Fazi Editore, we’ve been among the first Italian readers who had the chance to read the new Italian edition of The Professor (“Il Professore”), by Charlotte Brontë. Published for the first time after her death in 1857, this is actually the very first novel written by the authoress of the far more renowned Jane Eyre. We were very intrigued, since this is the only novel written by Charlotte in which the main character is a man. Used to reading about heroines like Jane, Shirley, Lucy, we looked at William Chrimsworth with suspicion at first – we wondered if the writing of Charlotte, who was very accustomed to plumbing the depths of women’s souls, could show any uncertainties while delineating the male psychological traits of the professor.

The plot of the novel is very simple: the story is set between England and Belgium, and it is about a young man who finds his place in the world coping with adversities, deceits and financial difficulties. He chooses to work hard and use his

personal abilities to overcome life problems and eventually, searching for fortune and fame in a foreign country, he finds love too. Needless to say that it was really touching realising that the narration of the protagonist’s life in Brussels was autobiographical.

It was also very amusing to discover and recognise those names, those places, those well-known and well-defined characters already met in other novels – just early sketched here and hidden between the lines- appearing in this novel under a less official identity. For example, in The Professor, the two students sitting in the front row, are called “Hortense”, who will be Robert’s sister in “Shirley”, and Caroline, who’ll be the second main character of the same novel. But that’s not all: guess what can be read from the extemporaneous verses by Frances Henry, the student loved by the professor? What is the false name behind which she hides her own identity? It’s “Jane”. All the heroines from the other novels by Charlotte, whose names and faces we know very well, seem to be there already.

Also some of the fundamental elements that mark Charlotte Brontë’s narrative seem to be already there like her “feminism” – if we could say so-, or her vision of a woman who is strong, free, independent and true to herself. Frances strongly wants to keep her job even though, once the difficulties are overcome, she can eventually rely on a comfortable economic situation due to her marriage. She and William fight with tenacity, honesty and strength, in order to get the life they want. They can be together only as partners, both in life and love – this is what Jane Eyre and Mr Rochester would learn only at the end of a long path. Maybe, since the protagonist of this novel is a man, talking about “feminism” might be misleading. What is sure is that the matter of the dignity could be extended to a broader field, because when we talk about human dignity we don’t refer to men or women but to people in general. This isn’t probably Charlotte’s best work, but the greatness of this authoress can be clearly perceived through the pages, written earlier than all the others, rightfully included among the most beautiful pages of English literature.