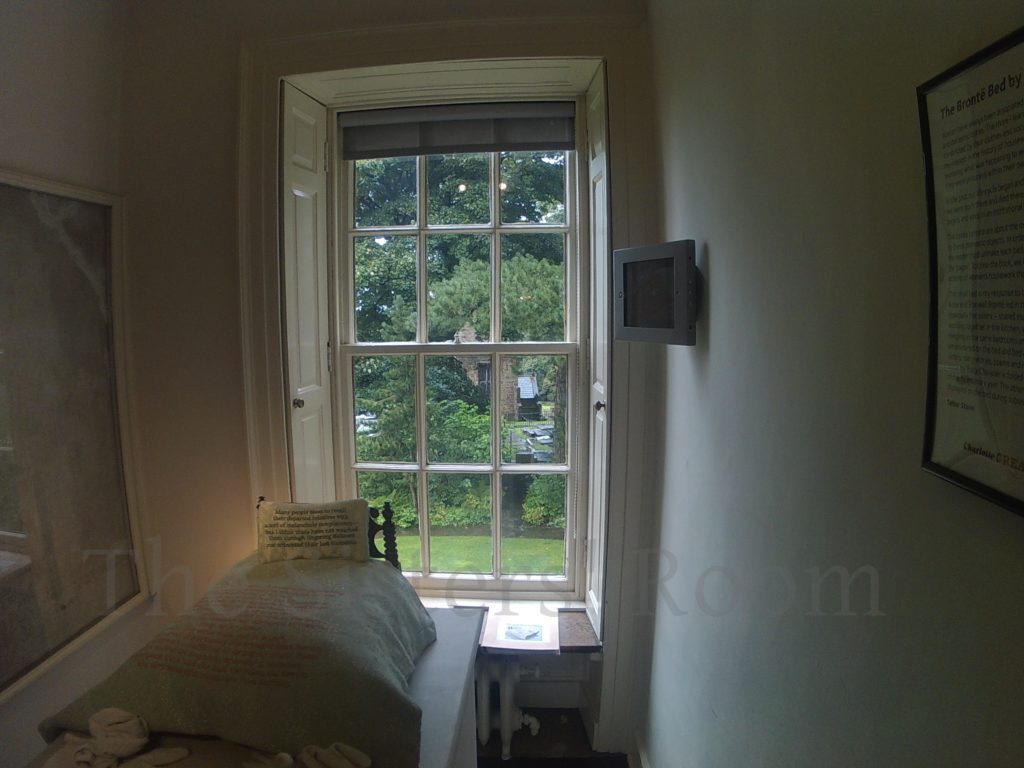 The Children’s Study is a very small room on the first floor, particularly associated with the Brontës as children, and, later, with Emily. When the Brontës moved into the Parsonage in 1820, and when they used to spend time in this room, it was wider than the one we can see today: in fact the room was affected by the enlargement of Charlotte’s room in 1850. But, as shown in Emily’s diary paper sketch, the former study was bigger and it had a full-sized bed across the window.

According to Elizabeth Gaskell, the servants called the room the ‘children’s study’ because this was the place where they would act out their plays and write in their handmade little books. On the walls, if you look carefully, you can still see some drawings by the young Brontës. The view from the window is gloomy and spectacular at the same time- you can see both the graveyard and Saint Michael and All Angels from there.

Apparently this may have been Branwell‘s bedroom at some point, as he was the only boy, but it is usually associated with Emily, because it became her bedroom when they grew up. Today this is a very small room, but still it’s very fascinating being in there and thinking of all the games the children used to play, and what their vivid, young imagination would create.