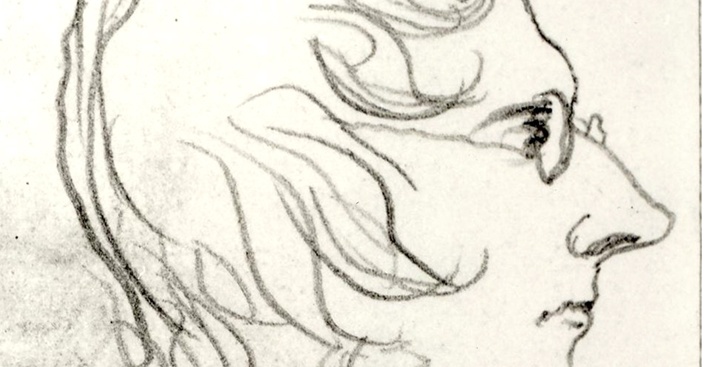 Branwell’s weak and volatile character was shaped in his childhood when, after his mother’s early death, an already very sensitive child had to withstand the death of his older sister Maria, who had replaced his maternal figure. It was her, as a matter of fact, who taught her little brother and sisters games and stories, often holding their hands while leading through the moors. It was Maria who put them to bed or held them, being like a second mother to the five orphans. They never got the same display of affection from their austere aunt, Elizabeth Branwell – who lived in the parish and raised them.

When Maria died at the age of twelve, after a hasty return to Cowan Bridge in May 1825, Branwell hadn’t turned eight yet. The heartbreaking memory of her death, sadly followed by Elizabeth’s death – Reverend Patrick’s second-born – , were for him unrecoverable wounds bound to influence negatively his entire life. We could even hypothesize that his gradual collapse – most of the times due to a lack of self-confidence– and his inability to carry out any tasks, were consequential to these emotional traumas suffered in the first ten years of his life.

Just like Charlotte, who wrote about her beloved older sister through the unfortunate character of Helen Burns, also Branwell put in his teenage and adult works the subject of Maria’s death. Their lost sister was the prototype of all the beautiful and delicate heroines in the Tales of Angria. Also, Branwell used to reproduce in his poems the event of Maria’s funeral again and again, putting into words a pain he’d been suffering for a long time that he would never get over. As an adult, he would tell his friends that, even after a long time, he could still feel Maria’s arms around him.

In 1837, twelve years after the mournful event, Branwell Brontë wrote two poems entitled “Caroline” that, even though included in an Angrian episode, are indisputably addressing the family tragedy of 1825, and the feelings the young author felt at the time. Here are some of the most touching verses of the second and very long “Caroline” that,  in a retroactive way, gives an idea of what Branwell must have felt as a child:

Ah, well I recollect that hour

Was it that bell – that funeral bell,

Sullenly sounding on the wind?

Was it that melancholy knell

Which first to sorrow woke my mind?

After a few verses, the poem begins to turn to his childhood memories:

There lay she then, as now she lies –

For not a limb has moved since then –

In dreamless slumber closed, those eyes

She lay, as I had seen her lie

On many a happy night before,

When I was humbly kneeling by –

When she was teaching to adore:

Oh, just as when by her I prayed,

And she to heaven sent up my prayer,

She lay with flowers about her head –

Though formal grave-clothes hid  her hair!

Then again, it reveals a grief that is still alive:

Long years have never worn away

The unnatural strangeness of that day,

When I beheld – upon the plate

Of grim death’s mockery of state –

That well-known word, that long-loved name,

My sister’s name – my Caroline!

Unfortunately, destiny had already struck poor Branwell down- never being able to recover from his losses, he wasted his life and his talent on a path of no return.