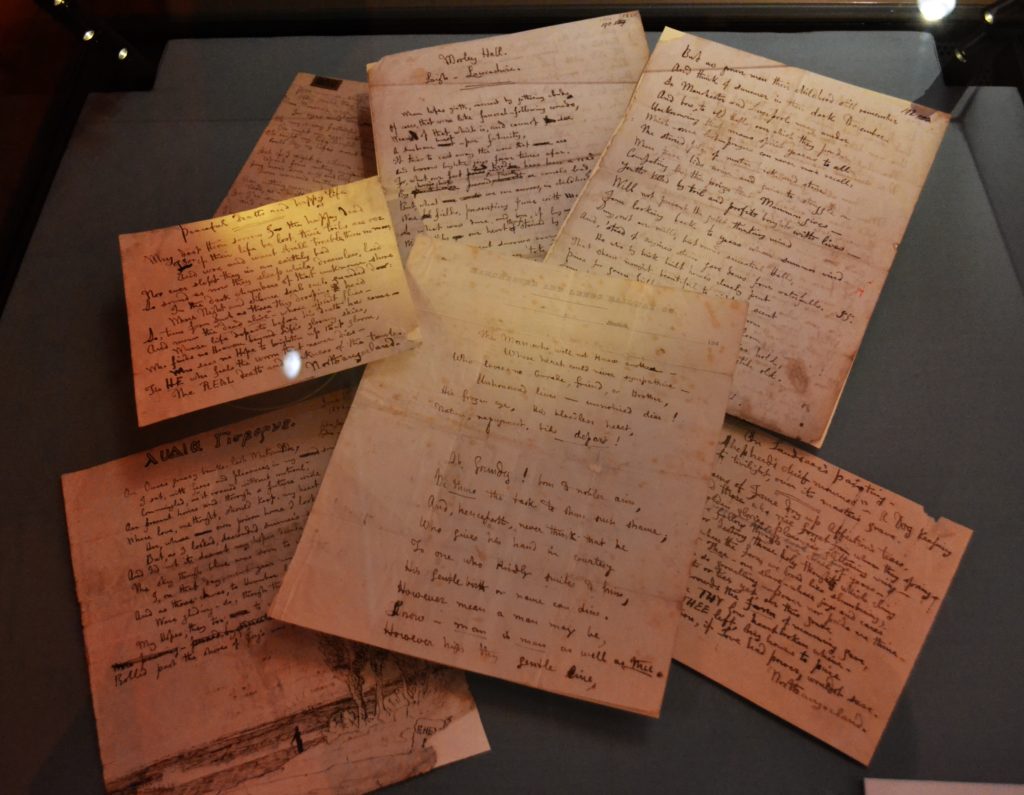 Branwell Brontë (1817-1848) is often better known as the brother of the most famoust authors Charlotte, Emily and Anne- the brother who, by drinking a lot and living a very immoral life, helped the creation of the myth which still today concernes this amazing and unlucky English family of the Ninetheenth Century. This year is Branwell’s bicentenary, and he appears to draw our attention a lot- also To Walk Invisible, a BBC production broadcast last December on English tv was focused on him, letting the spectators to get closer to Branwell’s sad fate and his “wasted” talent and life.

But very few indeed know that the only boy of the Brontë family not only wrote a number of poems which were published on several newspapers of the time, but he also tried to write a novel entitled And the weary are at rest. It is an unfinished manuscript of 144 pages which perfectly reveals the volatile and unstable character of the author himself. During his brief life in fact, he never successfully brought any project or job to conclusion, nor he did ever face his problems with determination and strenght.

The novel dates back to the period in which Branwell Brontë was fired by the Robinsons– he was in fact working for this family as a tutor when Mr Robinson apparently discovered Branwell’s secret liason with his wife Lydia, a woman who, according to Branwell, reciprocated his feelings despite the big age difference. Mrs Gaskell wrote about this sudden and painful dismissal from the Robinsons and the end of this affair in her biography (The Life of Charlotte Bronte

) about Charlotte Brontë – the consequences of all this brought the weak Branwell to desperation, alcoholism and a “death by love”.

So it was during his stay at Thorp Green in 1845 that the young Brontë started to write his manuscript, letting this sad experience inspire his pen. This was meant to be a three volumes novel as was the custom of the time, but eventually only three sections of the work were developed, containing a general social comment based on the roles of love and religion in the main character’s life. The plot focuses on the events that take place in the life of a woman, Maria Thurston, wife of one of Alexander Percy devotees. Percy was an old vicious hero Branwell had previously created for Angria’s tales.

Knowing  that she feels a lot neglected in her marriage, Percy seduces the woman. By surrendering to his love, Maria gives the whole text a very non–religious plot.

So why did Branwell, disappointed and depressed, wishing for something better than what happened with Lydia, left what could have been his major work in life incomplete? That’s not hard to guess at all.

The manuscripts in the picture are Branwell’s, they are currently being shown at the Brontë Parsonage Museum on the occasion of his bicentenary year. The picture is ours.