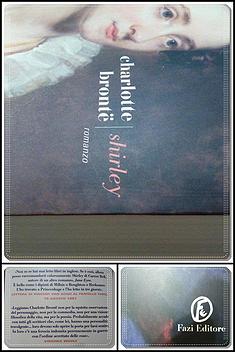 On November 19th, 2015 the Italian Edition of “Shirley

” by Fazi Editore will finally be available in all bookshops. While waiting for that day, what do you know about the second and less known novel by the author of Jane Eyre? Here is some information and curiosities about the work:

The title:
The title of the book, “Shirley” is the name of a female character in the novel.  At the beginning, the author was torn between two other titles, “Hollows Mill” and “Fieldhead”, which are some of the most important places were the story takes place, but in the end, she opted for a shorter and sharper “Shirley”. When the novel was published, in 1849, “Shirley” was considered as a male first name and the reader didn’t expect the character to be a woman. Since then, this name has permanently turned into a female name.

Charlotte’s life in those years:
Charlotte started writing Shirley in a  quite happy and tranquil period of her life. But between 1848 and 1849 something happened and completely changed the author’s life- as a matter of fact all of her siblings died. These tragic events deeply influenced Charlotte’s mood as well as her narrative. In fact, she opened the third volume of her novel with a chapter entitled “The Valley of the Shadow”.

Brontë neologisms:
Some of Charlotte’s writings currently appear as the earliest known instances for 150 words and senses in the Oxford English Dictionary. The expression “Wild West” is just an example, taken from Shirley…

(The copy in the picture was kindly sent to our blog by Fazi Editore, and will soon be available also in bookshops.)