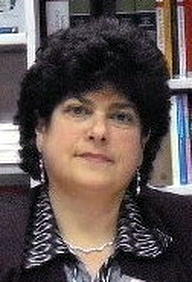 During our Brontë adventure, we were glad to meet, even if only virtually for now, Professor Maddalena​​ De Leo. Passionate Brontë scholar, translator, and writer, Prof. De Leo is the representative of the Brontë Society in Italy,  and the person who set up the Literary Prize De Leo-Brontë, dedicated to the three sisters from Yorkshire. She’s a very important figure in the divulgation of these authors’ works, especially in Italy. As well as writing various articles for the literary journal Brontë Studies in fact, she translated unpublished Brontë works like Componimenti in francese di Emily Brontë (2002) ,  All’Hotel Stancliffe e altri racconti giovanili di Charlotte Brontë (2004),  and other juvenilia works by Charlotte like Henry Hastings (2009) and Il segreto (2012); she’s also the author of various novels like Un’@mica dal passato (Simone per la Scuola, Napoli, 2006) and La madre di Jane Eyre (NeapolisAlma edizioni, 2013).

Professor De Leo’s passion and her professional career are very inspiring for us, that’s why we were so proud and glad when she accepted to be interviewed for our blog. You can read her own words here, enjoy!

How did you develop your passion for the Brontë sisters?

I’ve often been asked about it and I always answer this question with great pleasure. It all started during the summer of my second year in junior high school, when I happened upon a Wuthering Heights Paperback by Emily Brontë. I was excited by such an intense book and shortly that reading became much more than just an exterior event, it was more like an interior occurrence to me, because in those years of adolescence that novel was my only friend and companion. To feel and understand the real meaning of Wuthering Heights, however, I needed to read it in the original language and I needed a deep knowledge of the English language. That’s how I decided to deepen my english knowledge and after a few years I was able to read Wuthering Heights for the first time as Emily wrote it, and that was a superlative experience. My biggest dream in those years was to visit Haworth and have a walk on the moors, pretending to be immortal and ethereal just like Cathy, or to find in that solitary wilderness my dream Heathcliff, mysterious and strong. I was jealous every time I heard other people talking about that book because it was only “mine”, and I didn’t allow anybody else to express an opinion about it. Right after Emily, came Charlotte with her novels Jane Eyre (Wordsworth Classics)

– the latter was still unknown and hard to find, I borrowed it from the Naples National Library and read it in the original language- , and then came Anne.

We know that as a Brontë schoolar you visited many placese related to the family. Which of these places you love the most? Why?

Yes it’s true, I’m really proud I visited almost all the Brontё places in the last twenty years, so I can say I’ve now realized my ancient dream; I know Haworth very well, the people, the moors, Top Withens and the Brontё Falls – which I have seen so many times – but my interest has always been towards all the places that are in some way related to the Brontё sisters. In fact I’ve also been to Thornton and Wycoller, Gawthrope Hall, the Red House in Gomerslan and Oakwell Hall – places in the Yorkshire which are not easily reachable-,and I’ve even visited Conwy, the place where Charlotte Brontё spent her first night as a bride. Together with my friend and BS member Caterina Lerro, I walked along many Brontё itineraries which led us to visit Scarborough, Brussels, and also Penzance in Cornwall for two times. The only Brontё-related place I still haven’t visited is Northern Ireland. Which one is my favourite among all the Brontё places I’ve seen? Haworth, of course, which I consider the “birthplace” I’ve chosen.

What was you personal experience in the Brontë Society?

Well, I could talk for hours about that… In 1975 I happily found out about the Brontë Society in Haworth, which takes care of all the manuscripts, possessions and treasures of the Brontës, in the very place where the family lived. I immediately wanted to become a member of the society- even if I was just a girl then- actually I think I was the youngest member, since the others were all lively elderly people. For years I have collected the issues of Transactions, the annual publication by the Brontë Society which later turned into a four-monthly issue called  Brontë Studies. Actually, I have always longed for having one of my articles published on this periodical at least once in my life (and nowadays I can count six of them…). In 2001 I met the editor Bob Duckett in person, and with my great joy and satisfaction I became part of the editorial board of the of the Brontë Studies in Italy, so, from that moment on, Brontë enthusiats all around the world knew my name. Exactly in those years a new section of the Brontë Society of Haworth was born, the Italian section, and the first representative was Franca Gollini. As a member of it, I have always been very active and involved, and I also created a biannual news report of the Italian activities we organized (in those years facebook, social networks and blogs were far to come yet). Since 2009 I have taken part in the  Brontë Conference, a biennial literary event  where the more eminent Brontë academics gather. I was there at the  Brontë Conferences of York, Cambridge and Warwick. I am the Italian representative of the Brontë Society since 2015, and through the web I’m creating a network of national and international contacts in order to supply the Society of Haworth with a valuable and fruitful collaboration.

How did the idea of creating the De Leo-Brontë Prize come to your mind?

In these latest years, also thanks to the several movies and tv dramatizations about the Brontës, I felt something was changing in Italy- as a matter of fact I noticed an increasing interest in the life and works of the sisters, especially from young girls not involved in the academic world (but there is also a small number of men among these enthusiasts). I thought it was good to encourage, push and appraise their passion, that’s why in 2012 I kind of  “forced” them to put it down on paper, and I created a Prize which carries my name and could represent a connection between me and my instinctive love for the Brontë sisters. In the very first edition, I was able to gather works from all over Italy, and fill out a rich anthology. But among the four anthologies so far produced the second one was the most peculiar, since it gathered several works of a value that is almost “literary”. In occasion of the bicentenary of her birth, next year’s Prize will be entirely dedicated to Charlotte  Brontë, and it will be a very special edition because it will become an international prize, and all the Brontë enthusiasts from all over the world could take part in it. So I’m very optimistic and I wait for your contributions!