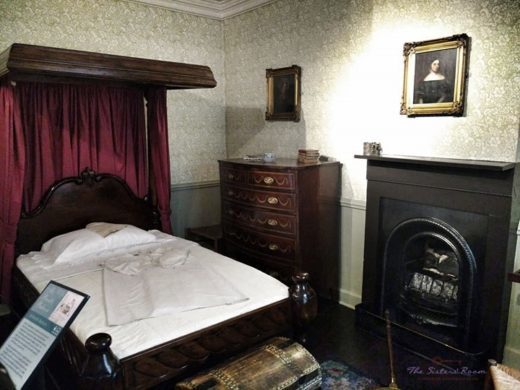 On the second floor, across the landing, there is Mr. Brontë’s bedroom. At the beginning Mr. and Mrs. Brontë used to sleep in another bedroom, but when Mary died in 1821, the Reverend moved to this room. Later on, during Branwell’s most difficult period of his life and illness, the Reverend shared this room with him, probably because it was safer not to leave him alone at that time.

The room is quite wide and very bright; there is a small fireplace, a trunk, some furniture, and a canopy bed which is not the original one. 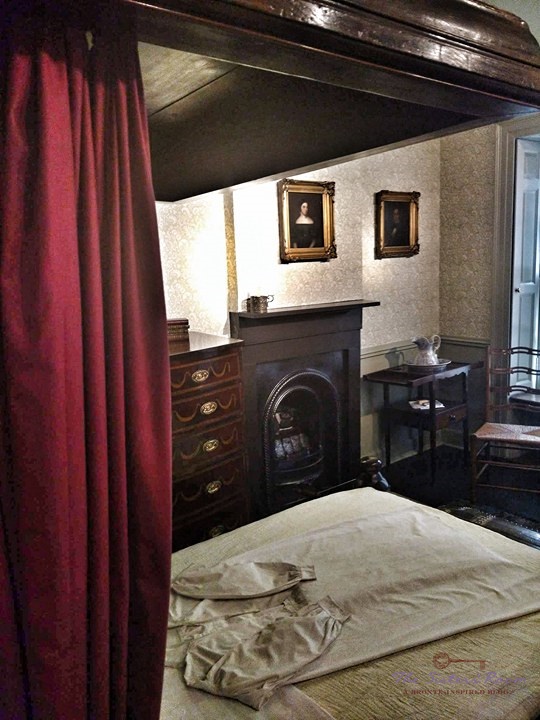 The bed was built on one of Branwell’s sketches, probably the one called “A Parody”, (you can learn more about it here). All the other objects and furniture you can see there are original pieces. On the walls there are some pictures.

From the window up there you can see the graveyard and Saint Michael and All Angels, the church of the village. They say that the Reverend used to sleep with a loaded pistol beside his bed at night and that, every morning, he used to discharge the bullet by firing it from the window across the graveyard. This was a consequence of the fact that Patrick Brontë had lived through periods of Luddite and Chartist violence, to which clergymen often fell victim.