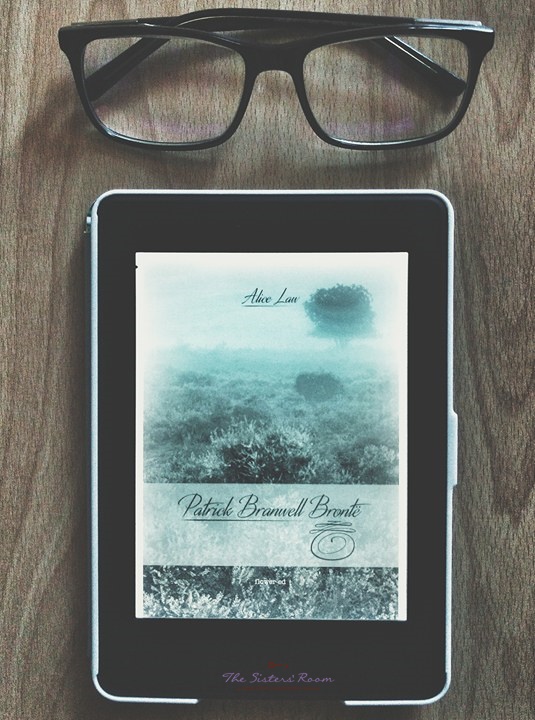 During these past months of 2017, Branwell Brontë’s bicentenary year, Italian readers didn’t quite have the chanche to get to know him better. After 200 years from his birth, this “cursed” brother of the most famous Brontë sisters is still a very mysterious and dark figure, and lots of us really do want to know more about him. That’s the reason why we were more than happy to read Alice Law’s Patrick Branwell Brontë (Windy Moors Vol. 10) (Italian Edition)

, translated into Italian by  Alessandranna D’Auria and published by flower-ed for the gorgeous Windy Moors series. 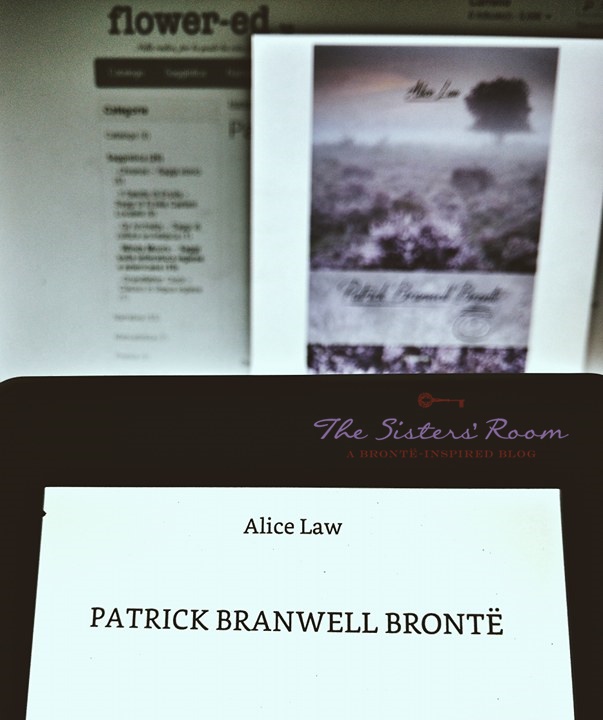 We already knew Alice Law from our previous Brontë-related research, hence it was with great interest that we started reading this biography. We knew that she was a strong supporter of Branwell’s, and she thought Wuthering Heights was written by him, not Emily. As you may already know by now, Wuthering Heights is our favourite novel, the very heart of our Brontë passion, the reason why we started our research- we knew we would have to read this biography sooner or later.

You could easily split the text in two main sections- the first one is purely authobiographical, while the second one is entirely focused on the fact that Branwell’s the actual author behind Wuthering Heights. From the biographical chapters you can clearly detect a maternal approach– she feels sympathetic about this lonely, unlucky boy, who had a too unhappy and tormented life. She admires him and tries to understand his reasons. She retraces Branwell’s life from his childhood, praises his talent in poetry and prose, lists his work experiences, tells us about his attempts in painting, and his passion for music.

Her determined defence of the only Brontë boy is clear since the beginning, as we read: “There is perhaps in the whole history of English literature — usually so generous to the claims of genius however handicapped by temperament or hampered by circumstance — no parallel instance of any writer of equad ability being subjected to the indiscriminate abuse heaped on Branwell Bronte.”

Alice Law contrasts other scholars and biographers such as Elizabeth Gaskell, Mary Robinson, May Sinclair, to list a few, who have always depicted Branwell only as a burden, a calamity, a stop to her sisters’ success and genius. She analizes his figure in a very human way, and that’s the reason why she could catch his loneliness, his fears, his pain– we know that all these things are often at the very core of those creatures who turned into terrible demons.

As already said before, the second part of the text deals with the authorship of the one and only novel which has officially been identified as Emily Brontë’s. She firmely believes that Heathcliff’s actual “father” is indeed Branewell, and she provides different evidences to validate her theory. We must admit that some coincidences are actually really fascinating (one in particular stroke our attention, dealing with the initials of a very important place in the novel which are the same of a crucial place in Branwell’s life…).

Regardless, even if we still have to learn about the subject, we do believe it was Emily‘s pen to create a wild moor as a frame for those tormented, wandering souls we know so well. Still, it was actually interesting to observe the story from another point of view; to consider, if only for a while, the possibility that everything could still be questioned, in that entwining of lives which seemS to be veiled by that very thick fog that hides the colors and the light on those wild moors around Haworth.

We won’t say another word about it- if you’re curious you’ll have to read the text. Buy it here and please let us know what you think about it!!!