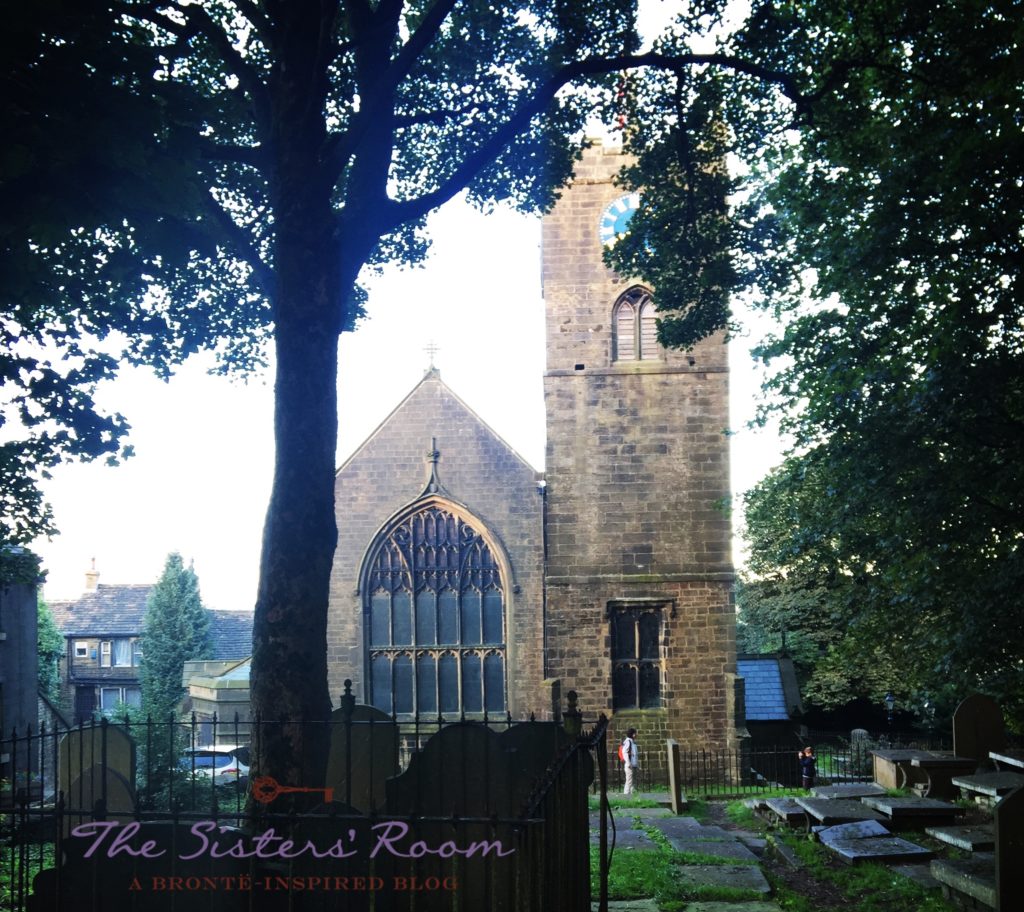 The people visiting St Michael and All Angels in Haworth know that at the left corner of the church, not far from the altar, there’s a golden brass plaque with Charlotte and Emily’s names and dates of birth and death engraved on it. In that corner you can very often see bunches of flowers, heather, and also cards left by enthusiasts from all over the world. This is because the two great English writers are buried exactly there, below a vault under the floor of the church.

Very few visitors and Brontë lovers though, know the story of that plaque which, despite looking modern and lustrous, it’s not recent at all. It was in fact given to the church of Haworth in 1882 by Sydney Biddel, a rich Londoner, right after the refurbishment of the church commissioned by reverend Wade, Patrick Brontë’s successor.

We don’t know much about Biddel, except that he was a great admirer of the Brontë sisters’ genius. After his first stay in Haworth in 1879– year in which, with great displeasure from the inhabitants of Haworth, the old church where reverend Patrick had been preaching for years was going to be demolished- Sidney Biddel decided to perpetuate the memory of the writers who had been buried there, requiring the erection of a monument in their honour for the future generations.

After getting in touch with Ellen Nussey– beloved friend of Charlotte’s who was still alive at the time- and getting her eager approval, the rich Londoner couldn’t unfortunately accomplish his intent because reverend Wade and Arthur Bell Nicholls (Charlotte’s husband who was by now living in Northern Irland) obstructed him. He had to settle for financing a brass plaque, also uselessly seeking for the support of editor George Smith, who seemed to have already forgotten the woman who had given great prestige to his previously very little known publishing house, forty years before.

The commemorative plaque commissioned by Sydney Biddell is still there after more than 130 years, shining and lovingly admired by all the visitors of the little church in Haworth. We have to thank and commemorate the name of that enterprising man who wanted to leave such an effective memento of his love for the Brontës  for centuries to come.

Did you know that Maddalena De Leo is the Brontë Society Italian representative? If this article about Haworth church has interested you, and you’re looking for more curiosities about the Brontë sisters, then you should also read her The Brontë Sisters and the Corset and How Did The Brontë Sisters Eat?