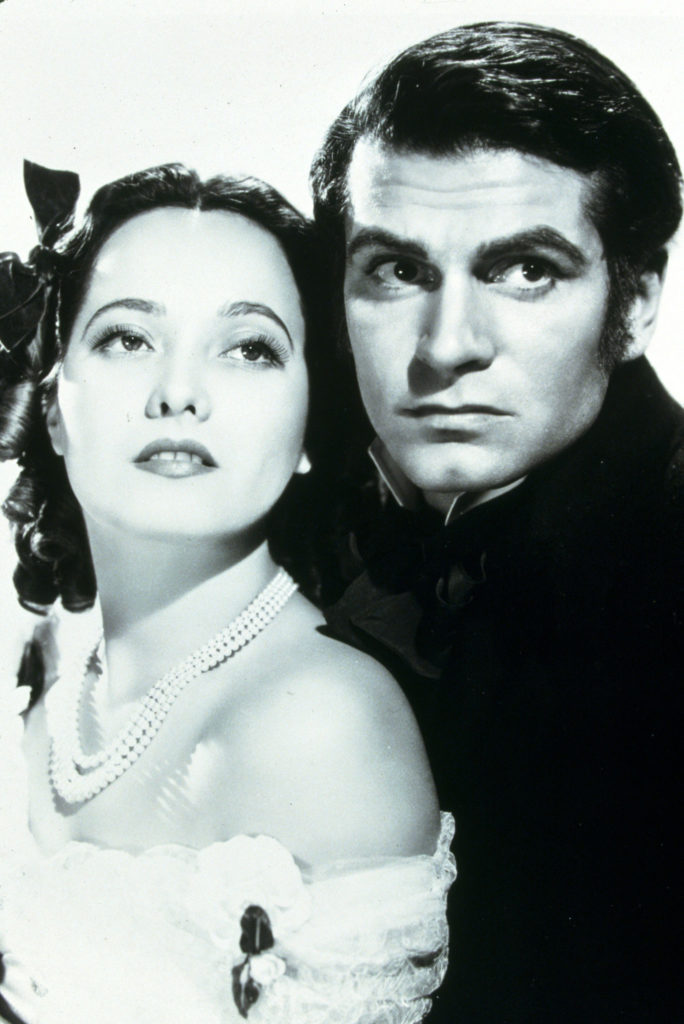 This black and white Holliwood movie (known in Italy as ‘La voce nella tempesta’), created in 1939 by Samuel Goldwin and directed by William Wyler, put a lot of attention on Emily Brontë’s novel during the Twentieth century- actually creating a myth. You can clearly see the harsh tragedy in it; it has got its own pace, and lots of sequences are actually meant to develop the psycological reactions of the characters. Also the direction is pretty slow, in order to emphasize those tragic elements of the work.

This movie had an unbelievable success in the USA, as well as in our Country, when it was released in 1941. Some believed that the greatest credit to Wyler’s direction was that he was able to create a perfect fusion and some connections between the landscape and its inhabitants.

As a matter of fact, in this movie you can clearly feel as if the very air touching those rocks and moors was on the faces of the characters as well. But it’s mostly thanks to the two main actors, Laurence Oliver and Merle Oberon, with their dreamy attitude, that the creation of that very myth about Brontë’s novel and this film was possible.

They look just like the perfect embodiment of those tormented characters created by the author in her novel. In fact, we praise them still today. Laurence Olivier in particular seems to reach very high levels of interpretation, by expressing at the same time positive and negative inner forces- he’s just perfect in recreating the complex and exceptional nature of the handsome, yet damned, guy.

Impossible to forget that final scene in which Heathcliff-Olivier picks the white dressed Cathy-Oberon up, holding her by the open window to let her see the beloved moors for one last time.

During the Twentieth and Twentieth First century many more movies followed this one. Let’s remember here the 1970 version with Timothy Dalton e Ann Calder Marshall ; the 1992 complete version with Ralph Fiennes and Juliette Binoche; the 2011 version directed by Andrea Arnold. Not to mention some BBC tv adaptations and the one that’s due very soon in order to celebrate Emily Brontë’s bicentenary.

But this 1939 film, even if not complete (it acually only deals with the first generation), it’s for sure the most remembered one, and it made so many generations all over the world dream about those windy moors.