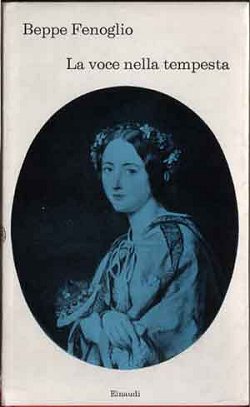 The title is La voce nella Tempesta, it has three acts (the last one divided into two smaller parts) and it  was written together with a typed three-paper essay that enhances its merits and originality after a short critical analysis of the novel. Such play was published in 1974 by Einaudi, even though it had already been reviewed earlier on by Bruce Merry in BS Transactions 1971 – in that very issue, he also cured the English translation of the essay which played the role of an appendix.

Since he was young, Fenoglio had always been fascinated by English Literature, and he loved Wuthering Heights in particular. Fenoglio read the novel when he was in high school, and he found in it some important autobiographical references, such as social class differences and the fact that he had been rejected by a wealthy girl he was in love with because of his lower social status. In his most famous work Una questione privata, posthumously published in 1963, the protagonist is Milton, a young student who’s the literary alter ego of Fenoglio himself; Milton is poor and not very attractive, and just like Heathcliff he loses the girl he loves because of his romantic rival Giorgio.

Beppe Fenoglio saw the film La voce nella tempesta starred by Olivier and Oberon in 1939, in Turin. He was very let down, probably because he found the film adaptation far too romantic. The manuscript of the play was edited between 1941-1945. 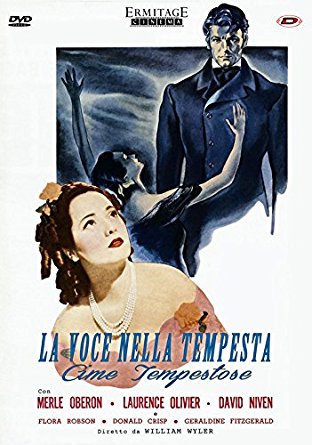 Fenoglio’s play focuses on the first seventeen chapters of the book, and it mainly faces two topics: social conflict and the relationship between men and nature. The spirit of the moors is very well depicted but the names of the characters are in some cases altered or italianised, that’s why Lockwood – a superfluous character for Fenoglio- became Longwood, Hindley became Martin, Nelly became Elena and Joseph became Giuseppe. The play begins in the middle of the novel, and the first act deals with the love triangle between Heathcliff, Cathy and Edgar. The most important part is the one when Cathy emphatically states “I am Heathcliff”, and from that moment on she starts measuring her reality through Heathcliff: “Heathcliff is in my heart as the Red Rocks are in the moors”. Also the setting created by the Turinese author is quite italianised, and the Yorkshire moors are turned into Piedmontese “langhe”, some sort of heath land. The second act is about the wedding, the third is about Heathcliff’s fraud against Hindley. The final scene is very poetical, and quite similar to the original. Particularly remarkable is this passage: “The wind comes from afar, goes over the Red Rocks and combs the heather. It blows into the window, it comes to me with its scent. It feels like gently touching a bunch of heather with my cheecks, a bunch that Heathcliff has just brought for me.”

The play La voce nella tempesta by Beppe Fenoglio was successfully staged in 2011 at Belli Theatre, in Rome. The director was Antonio Salines and the protagonists were Francesca Bianco (Cathy) and Alessandro Luci (Heathcliff).

If you liked this article by professor De Leo, and you would like to know more about the film La voce nella tempesta (Italian translation for Wuthering Heights, the film by William Wyler), you should also read: Comment to Wuthering Heights (1939 Film)- Article by Maddalena De Leo.