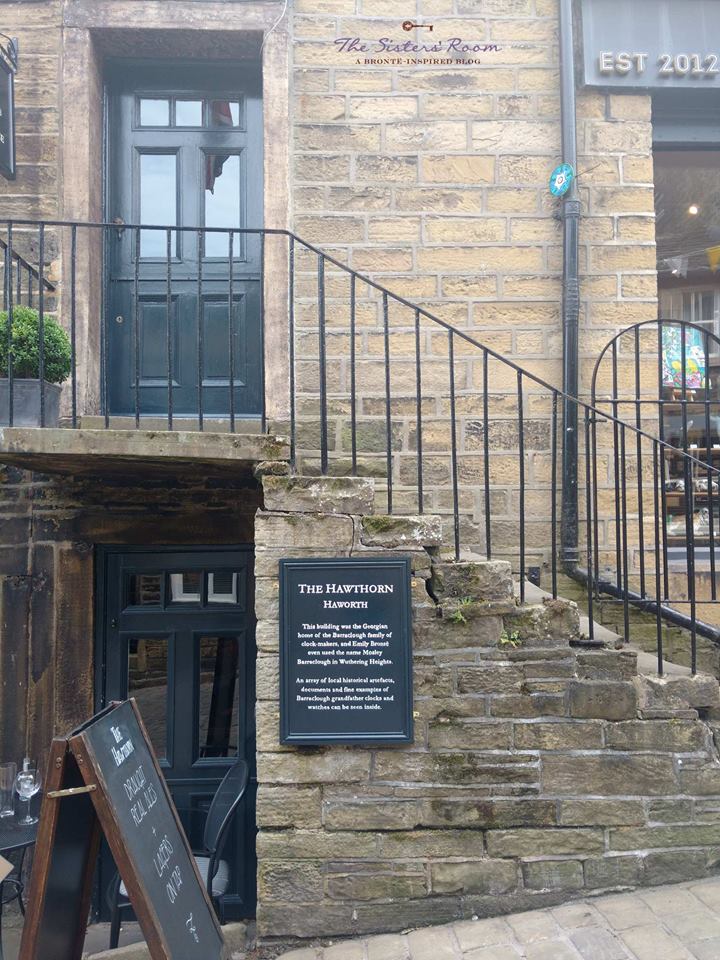 During our latest journey to Haworth we spotted a new place we had never seen before. It’s The Hawthorn, a very special gastropub. Why special? Well, beacuse of course it’s somehow related to the Brontës. Here’s why.

The Hawthorn is on Main Street, but we had never seen it before. Well, let’s say that before, in that very same place, there actually was another café. Last June though, we found out something very interesting and learned something new. As a matter of fact we didn’t know that this is another Brontë related place in Haworth. The Hawthorn is in fact a fascinating and very well decorated gastropub, but it is also a Georgian house where someone very special used to live- John Barraclough. 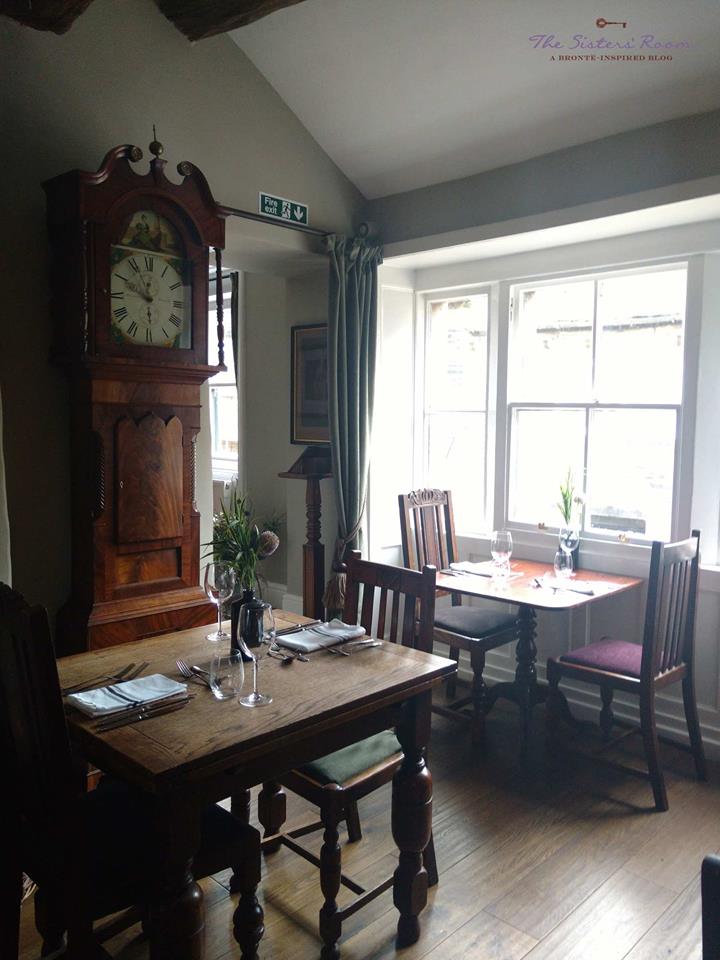 Barraclough (1773-1835) was a very important and well-known clock maker in Haworth and he lived there at the time of the Brontës. Do you happen to remember that old grandfather clock inside the Brontë Parsonage Museum that we’ve told you about? The one reverend Brontë used to wind up every night before going to sleep? Well, that clock (or at least the original one, actually) was created by Barraclough. His was a very well known family of clock-makers, and everyone in Haworth had their cloks at home.

You can actually find two Barraclough clocks at The Hawthorn too and they are very similar to the one at the Parsonage; furthermore downstairs you can also find the original front door key of the house. Outside the pub there is a plaque, and you can read there who Barraclough was and how he’s related to the Brontës. Apparently, according to the plaque, Emily mentioned a Mosley Barraclough in Wuthering Heights.

We just stopped for a drink at The Hawthorn that time, but never say never- maybe next time we’ll have the chance to taste a lovely dinner there.

If you want to read more about the grandfather clock you can read Virtual Tour of the Brontë Parsonage Museum- The Grandfather Clock. But if you prefer you can read Where Were the Brontë Sisters Born? Our Trip to Thornton, and come with us to the Brontës’ birthplace.