When you think of the Brontë sisters, what immediately comes to mind is the bright green grass on the moors. But there’s another kind of landscape that can be surprisingly linked to Anne: the sea.

Anne’s mother was born in Cornwall and there seem to be some connections with pirates on that side of the family. The sea must have been hiding somewhere inside of her, even before she had the chance to see it. It was in 1840 that Anne visited Scarborough, a town on the North Sea, for the first time. She was working for the Robinsons family as a governess in that year, and would very soon get used to spending part of the summer months in one of the most fashionable sea towns of the time. 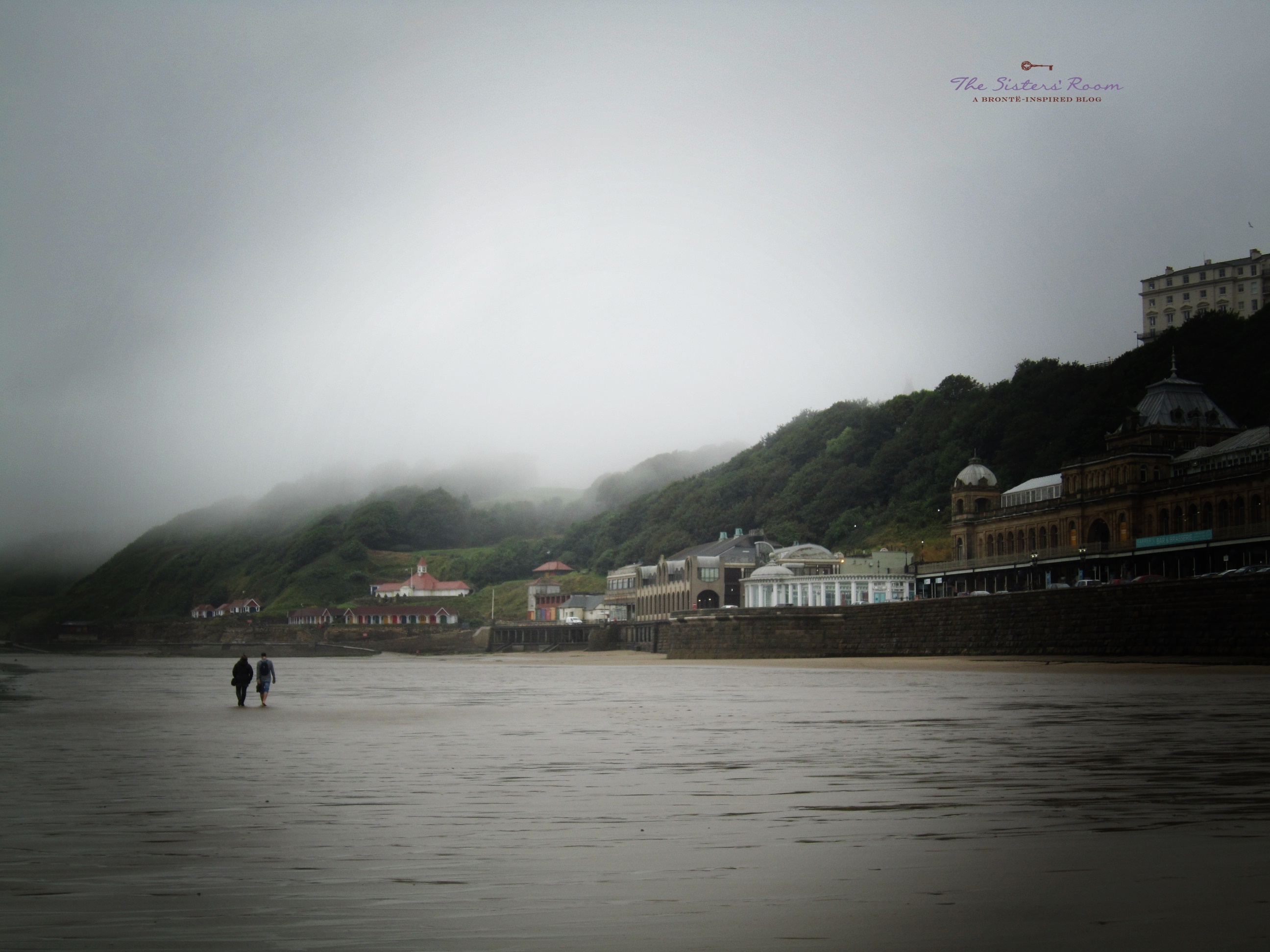 Scarborough used to be – and still is- famous for its thermal baths, which have always been a huge attractions for tourists from all over England.  In the Victorian Age however, it surely was the most popular seaside resort in the UK, where many not-to-be-missed social events took place. It was thanks to the Robinsons then, that Anne had the chance to go there for the first time in 1840, and return on many other occasions in the next five years. During their long holidays, the family used to stay at the Wood’s Lodgings, holiday apartments where she also spent her last days some years later with Charlotte and Ellen Nussey. Anne Brontë is, as a matter of fact, the only member of the family buried far away from Haworth, but near that cold sea she loved so much.

During our trip in the footsteps of Anne, we ended up staying in the very place where she enjoyed her summer days with the Robinsons, and where she spent her last days with Charlotte and Ellen Nussey. Our hotel, the Grand Scarborough, was located where the Wood’s Lodgings used to be, on a cliff overlooking the sea. It is a majestic building erected in 1836, when the town discovered its potential. It was a huge investment, the equivalent of one million pounds today. With 300 rooms and more than 12 floors, it soon became the largest brick structure in Europe. The Gran Scarborough was a pride for Great Britain and hosted illustrious guests like members of the royal family and Sir Winston Churchill. The hotel went through ups and downs- it was bombed during the wars, it changed hands many times, but in spite of this it went on being a landmark in Scarborough and keeps hosting people and Brontë enthusiast from all over the world. A blue plaque next to the main entrance commemorates Anne’s death in that very spot where the hotel still stands today.

Even though we stayed quite a few days at the Grand Hotel, we didn’t realise there was a blue plaque dedicated to Anne until the day of our departure. We had planned our days in Scarborough in a completely different way, but because of some unfortunate events our plans had fallen through and led us in the footsteps of Anne without even knowing. Many curious events happened on that trip, and today we can’t help wondering if it was a matter of coincidences or if there was something more…