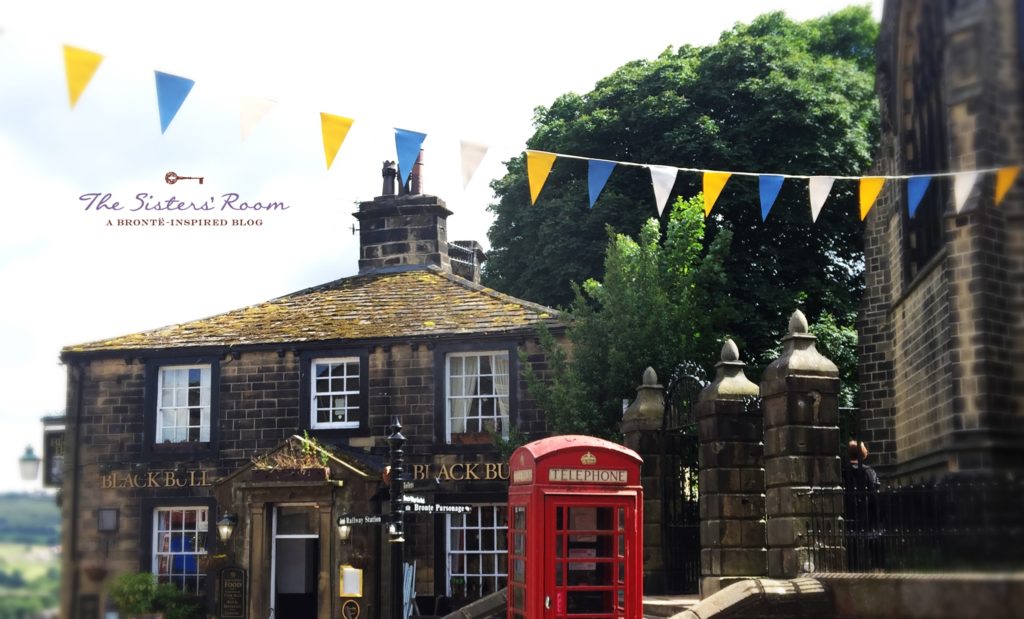 As representative of the Brontë Society in Italy, it was a pleasure for me to take part in most of the events organized in Haworth for Emily Brontë’s bicentenary weekend. My arrival in the village was due on Saturday, July 28th, for this reason I couldn’t attend the presentation of the book I am Heathcliff, an event curated by Kate Moss, which I was told to have been a great success.

All the events, except for one, took place under a big white tent placed in the meadows behind the Brontë Parsonage Museum. On Saturday, at 7.30 PM local time, celebrations started with an event of music and poetry curated by artist Melanie Abrahams. As one could say from the name chosen for the show ‘This, that and the Other’, the event was focused on ‘diversity’ in Emily’s novel, especiallyethnic and ideological differences . For this purpose, poets and artists from different cultures as John Siddique, Jay Bernard, Will Harris, and Melanie Abrahams herself with Tobago Crusoe and the Nigerian poet Patience Agbabi – BS appointed for Emily’s 200 celebrations- read some poems and personal thoughts on Emily Brontë’s work. The Abrahams-Crusoe duo interpreted some very enojable songs whose lyrics had been inspired by Emily’s life. They also played a nice version of ‘Que sera sera’ and the rondo by J.L. Dussek ‘Oh dear, what can the matter be?’.

The weather on Sunday, 29th July was unfortunately dreadful. The driving rain and the wind prevented the birds of prey’s exhibition that should have taken place in the fields behind the Parsonage.
That night, at the auditorium in West Lane Methodist Church, a large audience watched the screening of the 12 minutes short film“Balls”– which was not a film, as it has been defined instead- co-directed by the actress and former model Lily Cole, appointed creative partner for Emily’s bicentenary celebrations. Once again, the starting point of the short film – realised in collaboration with the Foundling Hospital – was the controversial image of Heathcliff, even if it was set in modern days, and analyzed the sad situation of two single mothers forced to abandon their children in an orphanage, hoping for their admission to the institute. After the short film, a lively debate between Lily Cole, the protagonist Tia Bannon, and the audience, contributed in giving shape to the evening.

And finally, the long awaited Monday, July 30th. Personally, I would have expected the whole village, the shops, the pubs and the hoteliers to be all involved in the celebrations of their famous fellow citizen on such a promising sunny day; to my surprise though, I realized that very few people knew about the great event! Had it happened in Italy, we would have decorated the streets with coloured banners and filled up our shop windows with cakes with Emily’s name written on them- as it occurred in Lucca, 2008, for Puccini. None of this happened in Haworth, and only the Brontë Society celebrated the event!
Under the tent, at 2.00 PM local time, an all-girls triple conference entitled ‘Emily speaks’– where the three speakers had extra-european origins- continued the analysis of Emily’s novel with references to Emily, Heathclif and the modern world. The Brontë ‘otherness’ seemed to be the real common theme of this year’s celebrations.

And the BS really did an amazing job on the evening of July 30th, when under the overcrowded and all sold-out tent, the bicentenary great night entitled ‘What Emily means to us’ took place. Poets, actors and writers united by the same love for Brontë works read and interpret some passages of Emily’s novel which were especially important for them – and which turned out to be universally important. Rosie Garland started the event with an impressive interpretation of the pages where Hareton learns to read, tenderly guided by young Cathy. After Garland, other artists like Patience Agbabi, Tia Bannon, Lily Cole and Michael Stewart read a page from 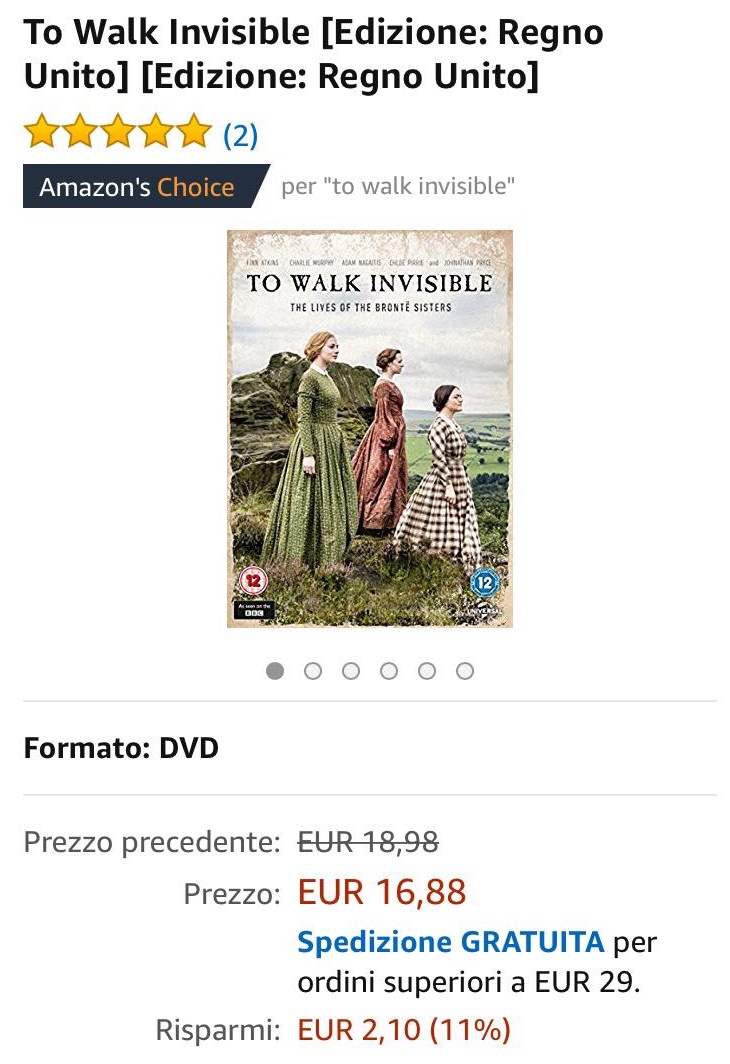 Wuthering Heights before interpreting a poem by Emily, poems that in most of the cases were from Gondal. And towards the end of the first half of the event, an absolute surprise occurred- the participation of Chloe Pirrie, actress who successfully played Emily in ‘To Walk Invisible’ (BBC). She chose to perform the most important passage of Wuthering Heights, culminating in Catherine’s famous statement “I am Heathcliff”. Pirrie interpreted the passage at her best, leaving the audience spellbound.
During the break I was lucky enough to talk to Chloe, a young and very approachable woman. She had just finished an interview with the British ITV, that was filming the event. I had the pleasure to tell her how much Italian Brontë lovers appreciate her, and I had a picture taken with her as a memory of that fantastic night.

In the second part of the event a performance of the Unthanks took place – a folk band from Northumbria very well-known in the Uk, formed by two sisters (one of them was pregnant). Among the songs performed, the one inspired by the poem ‘Shall Earth no more inspire Thee…’, was part of a project about Emily Brontë’s poetry that is still in progress.

That whole day entirely dedicated to Emily, eventually came to an end in a big round of applause and congratulations from all. While we were getting out of the tent, the dim light of the moon was illuminating the field facing the Parsonage, and it felt as if Emily’s fearless spirit was fluttering above all the people who had come to celebrate her, perhaps smiling in approbation.

Videos and pictures of the authors who took part in the three days celebrations are available on the facebook page: La Sezione Italiana della Brontë Society

Is there anything you still don’t know about this bicentenary celebrations? In that case you should read Making Thunder Roar- Emily’s bicentenary at the Brontë Parsonage Museum, Two objects for Emily Brontë’s bicentenary- July 30th 2018.