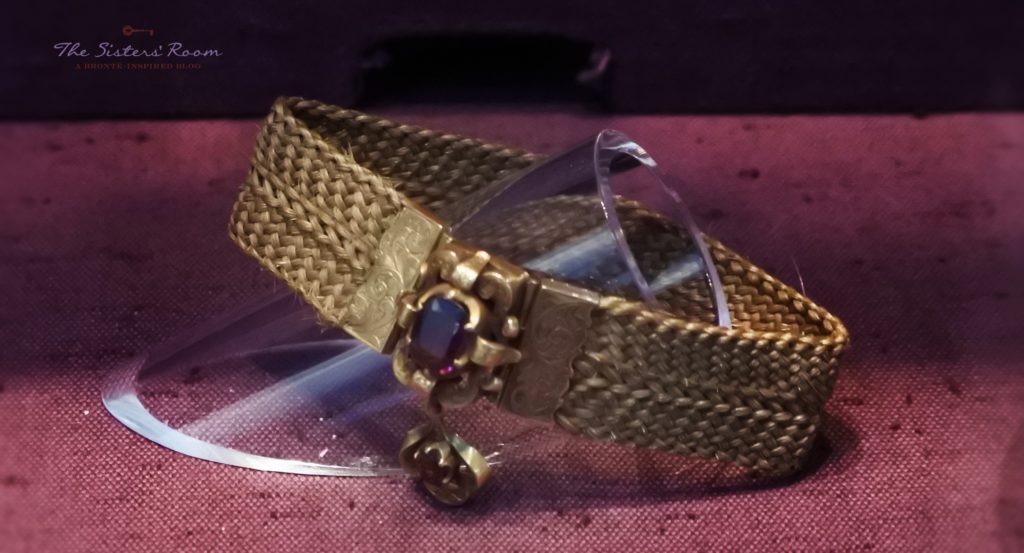 Entering the room where Catherine‘s body was lying after her death, Nelly Dean could tell that Heathcliff had secretly been there- the veil on Catherine’s face was lifted, and a lock of fair hair was on the floor. That hair belonged to Cathy’s husband, Edgar Linton, and it had been thrown away and replaced in the locket around her neck by a dark lock of Hethcliff’s hair.

This is what Emily wrote in Wuthering Heights and to the eye of the modern reader, the image of hair kept in a locket must be pretty strange. During the Nineteenth century though, it was very common to plait the hair of the loved ones and save it as a token of affection. This strange tradition was also extended to the hair of people who had died, which was sometimes even used to make precious and expensive jewels to wear.

The Brontë Parsonage Museum has a large collection of locks belonged to the Brontë sisters, but this is not the only thing that shows how familiar they were with this peculiar habit. It is now possible to see in the exhibition a bracelet made with Emily and Anne’s hair attached to a precious amethyst. It seems that Charlotte herself had it made by a jeweller in London.

But this is not the only piece of mourning jewellery with Brontë connections. Last April, a British woman found in an attic a ring that bears an inscription on the inside- “Charlotte Bronte 1855“. The small ring opens and shows some plaited hair which are thought to belong to the author of Jane Eyre. The object is not part of the museum collection, but it surely attracts considerable interest. The provenance of this curious artefact is still unknown, but considering the old traditions and the date of Charlotte’s death carved on the inside, according to the Brontë Society that could very likely be a ring made in memory of Charlotte.