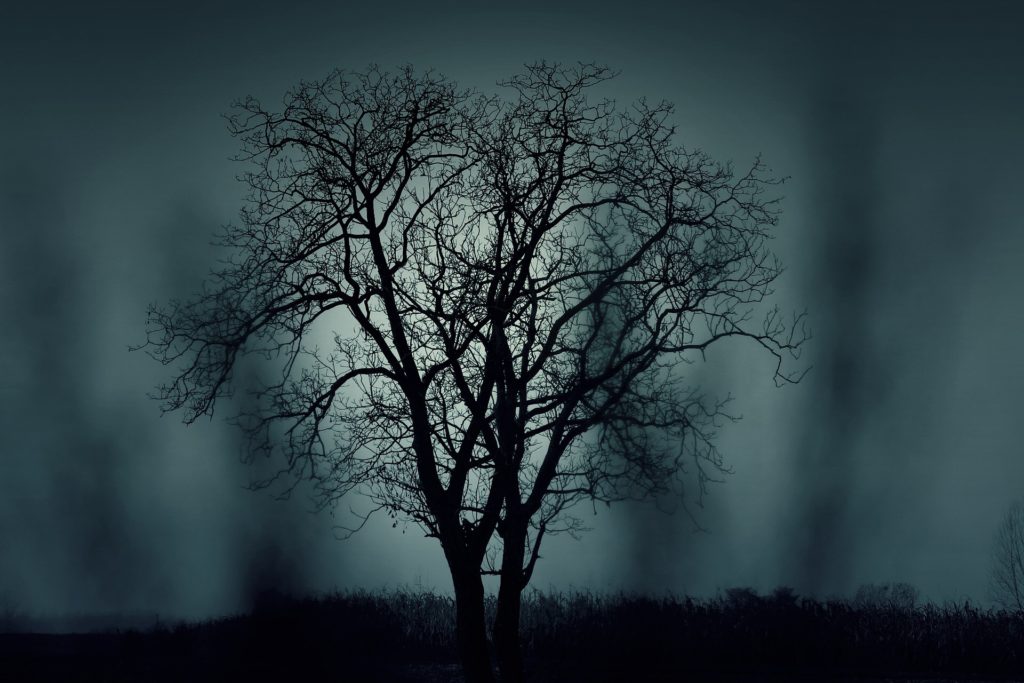 Let’s have a look at the many local legends told by Tabby to the young Brontës in stormy, winter nights.

One of those that captured their imagination was about the Gytrash, a legendary black dog well-known in northern England. It was said that this animal would appear in the form of a horse, a donkey or a dog, and haunt solitary streets waiting for travellers to pass by. Gytrash could make travellers lose their way, but it could also be generous and show them the right way. This creature was usually feared and Charlotte described it as ‘a creature that resembled a lion, with long fur and a big head’. In Jane Eyre, chapter 12, Rochester’s appearance on the back of the horse from which he fell, has been considered as the appearance of the Gytrash.

Tabby used to tell that once, on a moonlit snowy night in Haworth, a girl called Grace quickly passed through the graveyard without even looking at the graves for fear of meeting a ghost. Suddenly, a big dog appeared from a dark corner and followed her on the moors. Grace was terrified, and started running as fast as she could. She only managed to get rid of the dog after she entered her house. After that, Grace told that the mysterious animal disappeared as the church clock struck midnight.